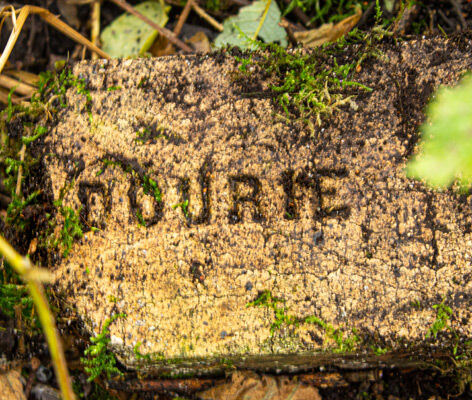 It was during the lockdown 2020 and I was out walking in Ravenhead that I spotted a yellow coloured brick sticking out of the ground. I could see that there was marking on this and turned it over to see what it said. I had to clean the brick up a bit as it was dirty but was able to make out there was Dourie on the brick. I was intrigued? So I took a picture of the brick and went home. Later that day I googled the word Dourie and was suprised to find that it was a fireclay brick and was from Scotland a long way from St Helens. I decided on my next lockdown walk I would revisit the brick site location to get a better look. I found the brick but then found a Morningside Brick and a Forth Brick. I again took photographs and later researched the bricks. These were also from Scotland. From that moment, I was on a mission to discover more!.
I was born in St Helens and was brought up close to the locality of Ravenhead and Greenbank. I can remember when I was young walking with my dad and my mates over the Olde Teaport Potteries and the Greengate areas with the clay pit quarries still visible and Ravenhead Colliery was till standing.
I also lived close to the Boundary Road Brick works where Morrisons now stands and can remember playing on this land when I was young. I later found a Doulton St Helens brick and once again was surprised after my research that it originated from Boundary Road. It was after some small further brick finds that this became a passion and I became a heritage brick hunter.
Next
Previous